HomeAround the Supper Table #44 – A Living Example
Our Blog 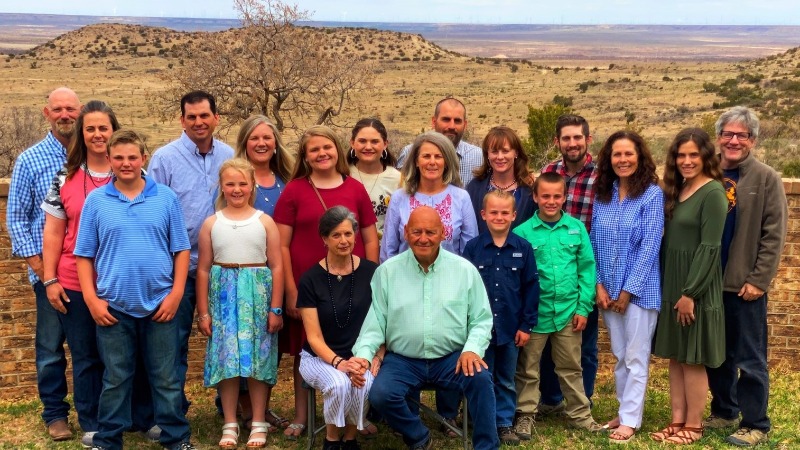 Not only did Christ die a painful and humiliating death in front of His people while they and the religious leaders of the time mocked and ridiculed Him; he chose to do it. Not only so that He could become that perfect sacrifice, but so that He could be an example for us of how to live. There are countless examples of Him taking care of His family, disciples, nation, and anyone else that sought wisdom, but that is to be expected right? I mean that is what He was supposed to do, right? If that is the case, then why don’t we? Why do we fail so miserably at our jobs? Those of us that have confessed with our mouths and believe in our hearts have a job to do as well, right? We are commanded to live as a representative of Him. Yet we let the smallest and most petty of circumstances break our character and forget our mission.

Let’s simply look at the last week of His life. He rides into Jerusalem as Jews from all over the world are gathering to celebrate the annual Passover, and as they see Him, they shout, “Hosanna! Save us!” They lay palm leaves and their own clothing to make a path for him. He receives a hero’s parade with tickertape of the day. He walks straight to the temple to take care of His “Father’s business” as he did when he was twelve years old, and His mother lost Him (Luke 2:49). He wasn’t the reluctant son; He was on a mission every day. He knew his mission, because he knew His father. As He walks into the temple courts, He sees that the very men that are meant to protect and serve the people and are supposed to be a representation of His father have turned the temple in to a “den of thieves.” In righteous indignation, He flips the moneychangers’ tables and tells them of their sins. Not because He was offended, but because they had defiled His father’s house, and they were not taking care of their fellow brethren. Both tenants of The Greatest Commandment in Matthew 22:34-40 were violated.

Now He begins teaching with the same mission He had at the age of twelve. All week long as people come and go, He teaches, and the men that should have been the most inquisitive and interested in truth tried entrapping Him in His own words. As they are unable to do so, their bitterness increases. The same bitterness we grow when we refuse to look at truth, and when we tell the Bible how to fit into our lives instead of the reverse.

As the week comes to a close, it is time to celebrate, what only He knows is, His last Passover meal on earth. But, He is not overcome with what is about to come. He is not focused on the pain He is about to endure. He is not worried about the separation from His love, His mentor, His guidance and source of life – His Father. He takes the opportunity to, once again, take care of His disciples. He explains what is about to happen, because He knows that they will soon feel abandoned by Him. They are about to grieve in His absence. They will feel lost and confused. He offers forgiveness to the one that will betray Him. He doesn’t lecture, yell, threaten to punish, or show any anger; He simply asks him, for his own sake, to not follow through with the betrayal. He knows that Judas will be unable to forgive himself. He doesn’t want him to feel worthless and alone, but Judas persists.

Then Jesus and His remaining men continue celebrating, and they progress outside. His men are stuffed, relaxed, and exhausted as the week of celebrating is coming to a close. Jesus, now thinking the time is near asks His men to pray, not for Him, but so that they themselves do not fall into temptation. He knows they are about to be tested unlike any previous experience. He knows they will doubt all that He has shown and taught them, so He simply asks them to stay awake and pray. Despite their actions, He continues with his job; He prays. He admits that the upcoming torture and ridicule is not on His personal bucket list, but as if to remind them both, he says, “not my will, but thine, be done.”

It is not as if He is having to reconcile with some sin He has committed. He is hot having to repair some relationship that He has broken. He is simply asking to not take on the weight of the world – the sins committed by all mankind. Not that He doesn’t have the love or compassion, but his Dad. Could he look His Father in the eyes with sin on Him? Could His Father look on Him? What would those moments be like without His Father? Could He keep His mission without the connection to His Father? As any loving father would do, His Father sent comfort (in the form of an angel). I can only assume that he reminded Him of the necessity of the mission and was reminded that He would not have placed Him in this position if He was not able to follow through. Yes, it will be difficult, but as Mordecai questioned Esther, maybe the angel reminded Jesus, “thou art come to the kingdom for such a time as this.”

As He sees the angry mob lead by one of His own men approach to arrest Him, he doesn’t react with anger or fear. It states in Matthew 26:50, that He simply looks at Judas and says, “Do what you came for, friend.” Friend!! He calls Him friend. He acknowledges that Judas is dear to Him and has not burned the bridges between the two of them to such an extent that there is not a way back to Him. Even if I thought I might reconcile someday, I would have not called Judas my friend as he was turning me over to an armed mob.

As the, all to familiar story, progresses, Jesus shows his selflessness numerous times in the following day. He asks His Father to forgive the sins of the very people that are insulting and torturing Him; these are the same people that had hailed His arrival just a week prior. In our eyes and narrowminded approach to life, He could have been indignant about their fickleness alone, much less their callousness and stupidity. He also makes sure that His mother is taken care of by one of His men. He gives the opportunity of heaven to a man that, in his own words, has lived a life worthy of crucifixion.

In the end, people had to choose to believe the truth He preached or follow their own emotions of abandonment. They had to choose to live a life like He had done or continue to attempt to control their insignificant world. Because without Him in our life, what is the significance of life at all? Each person had to choose to get over the resentment that the oppressive Roman government remained in power despite His eternal kingdom progressing as planned and prophesied.

Ancient words from another time? What can we do? If you’ve committed your life to Christ. If you have said that He is your Lord and savior, live it. Prove it daily. Not by browbeating and convincing people. Even Christ let Judas make the decision he made. He simply presented His life and let Judas decide. Have righteous indignation like Jesus when God’s laws and principles are violated instead of when we are offended. I can get so upset about the most petty things: why are the dishes not done, why did she look at me with discontent, why are their clothes spread all over the house, why doesn’t she call me. Really? Really? Did He give up so much, so that I can choose to be petty and immature. Those are too easy, though; how about: why is my child struggling in school or why is my child in pain? How selfish. How narcissistic. How foolish and nearsighted. Either we serve an omniscient and omnipotent God that knows the end from the beginning that is working something new in us daily, or we aren’t. Either we serve a loving God that has a plan for us and this world, or we don’t. We need to make up our mind and decide if we trust Him or not. We’d be happier people, and we’d also be a better representation of the Christ we claim to represent, if we trusted His truth and not our own.

Happy Easter Y’all
Not only has He risen, but he has and continues to live!!