HomeAround the Supper Table #107 – Growing up White Trash
Our Blog 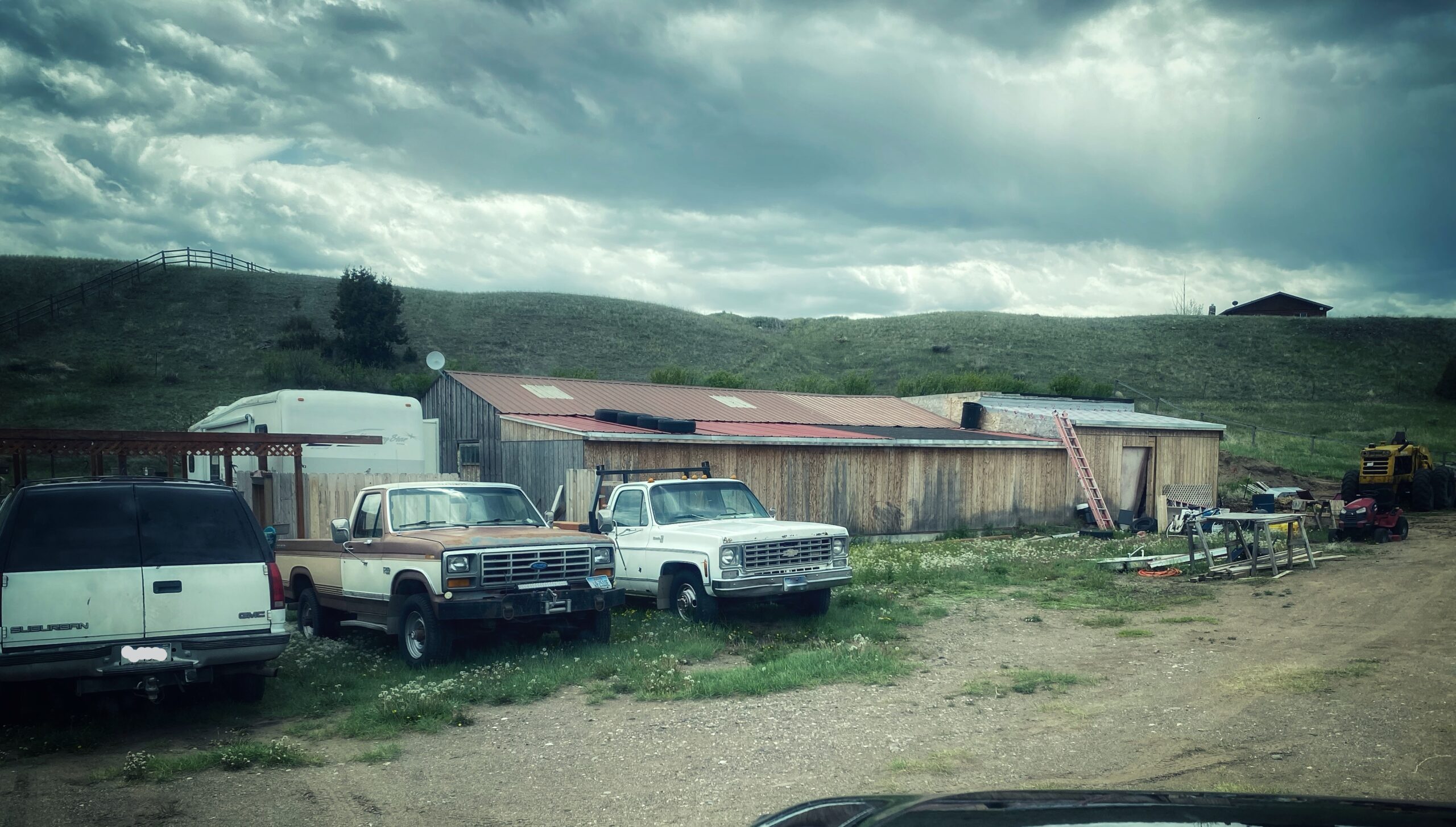 My mom had been working hard.  Waking before dawn, driving the hour to work, spending all day there laboring before coming back to where we lived, so she splurged.  She bought a brand-new Fender guitar and decided to take lessons.

Sometimes I don’t have good judgment. As I studied this issue, I found Psalm 119:66, “Teach me knowledge and good judgment…” Oh this could be just what I was looking for.  What was next?  “…for I trust Your commands.” Good judgment comes from trusting God.  The opposite of trust is control, and control is making all the choices—for me and for those around me.  Trust is not making everyone’s choices—letting them control.  Bad judgment comes from me trying to control and make everyone’s choices.

When you play the parlor game of “what’s something not many people know about you?” I can usually mention the time when I was starting high school that we moved out of the city into the country and lived in tents, driving back into the city to fill up water jugs and take showers, and digging a big hole in the caliche to dump the little porta potty when it got full.  The only hot food was over a Coleman, and there was no refrigerator.  The special times we drove into town to eat at Pizza Hut, we didn’t order enough for a growing, hungry teenage boy.  But if I wanted to eat anywhere near enough, I had to eat fast, or my dad would eat it all.  I often burned my mouth.  I learned to control.  Because if I just trusted, I would go hungry.  And go hungry I did.  When the food wasn’t there, there was dog food.  It wasn’t too bad, but trusting my parents for food went out the window.

Poverty is not a sin.  But there is a sinful mindset, a bad judgment that leads to an impoverished existence.  And when my mother passed away a couple of weeks ago­ in a shack with packing blankets for doors and windows, I spent a lot of time thinking about this mindset—this bad judgment.  She was not poor.  When my father died eight years earlier, he left her half a million dollars.  And with social security and his pension, she was pulling $60K a year.  And after his death, she promised to find a Dave Ramsay financial consultant and listen to what they said.  That promise was left unfulfilled.  By the end, she lived in a shack with a rotting linoleum floor and no hot running water.  Still pulling in $5K a month.

There are many manifestations of bad judgment, but with the recent death of my mother, I’ve been contemplating the issue of “white trash” and what I continue to carry forward.  Before I go too much further, possibly offending some, allow me to offer my definition of “white trash.”  The label is commonly used to denote poor white people of the south.  But to me, it can be more specific and not just covering all southern white poor people.  The definition to me is found in a phrase from a funny sitcom, “Treat yo’ self.”  This is the mantra my mother clinged to.  Its close relative is, “You deserve this.”  And together, these two philosophies are the cornerstone of the white trash mind.  Also, though the term uses the phrase white, the mindset is irrespective of color.

Walking the grounds of her shack a couple days after she died, I pondered this mindset.  Because it’s not about her now.  It’s about my choice.  What mindset do I choose to have?  Do I want to control, or do I want to trust God, my ab­ba, my dad?   I grew up having learned that I needed to treat myself and that I deserved this fancy new thing or this high-dollar meal.  My parents modeled it for me.  After a time in the tents, our family of four graduated to a little two-man trailer, and my mom bought herself that fancy new guitar and started taking lessons.  Being on-fire Christians, she also enrolled at the University of Texas to take a Hebrew class.  Meanwhile, many days my sister and I went to school without any lunch money.  But that’s okay.  I learned I had to take matters into my own hands, to control.  Treat yo’ self.

Which is what I brought into my marriage and into my family.  And just like my parents, I could easily clothe my selfishness in spirituality.  And several years ago, when I saw my ugly mindset reflection, it was some of the hardest walking I’ve ever had to do.  It wasn’t exorcised in one bad night… it’s a daily choice ever before me.  Paul writes in Romans 7, “…the evil I do not want to do, this I keep doing.”  Present tense.  The writer of most of the New Testament, still practices the evil he doesn’t want to do.  Some days I choose wisely—I trust Him.  Some days I choose to keep doing evil.  I retain control.  Treat yo’ self.  I deserve it.

Of course, that’s the whole Gospel—the Good News—that I can actually get what I don’t deserve—eternity with God.  Separation from Him is what I deserve.  This is the core of Salvation—what we are saved from.

What is the antidote for bad judgment, the Treat Yo’ Self Mindset?  Is it to “not treat yo’ self?”  That’s just the other side of the same coin and really doesn’t fix anything.  That’s still control.  That’s still me making everyone’s choices.  No, I’ve learned the only answer, the only fix for this sinful Treat Yo’ Self Mindset, is to simply trust His commands and, ­“Treat… yo’ others.”  If I’m going to “trust His commands,” (Psalm 119:66) then what about the second greatest command: love your neighbor as yourself.” (Matthew 22:39). That would be treating your others.  Treating others is not just giving of things.  It’s relinquishing control—giving up on making all the choices. It’s a hard and incredibly vulnerable position to be in.

As I look back on my good judgment and bad judgment, it’s clear the bad ones were decisions where I decided to take control and treat myself.  And the good times where when I decided to trust Him and treat others.  It’s hard to fathom how simple that is.  You’d think I’d get it right more than I do.

God wants to feed me.  He’s not going to scarf all the food and leave me hungry.  There are plenty of His commands to back that up.  I can let go and trust.  God is the giver.  Our sin nature is a taker.  I want to be more like Him.