HomeAround the Supper Table #108 – Conversations are Necessary
Our Blog 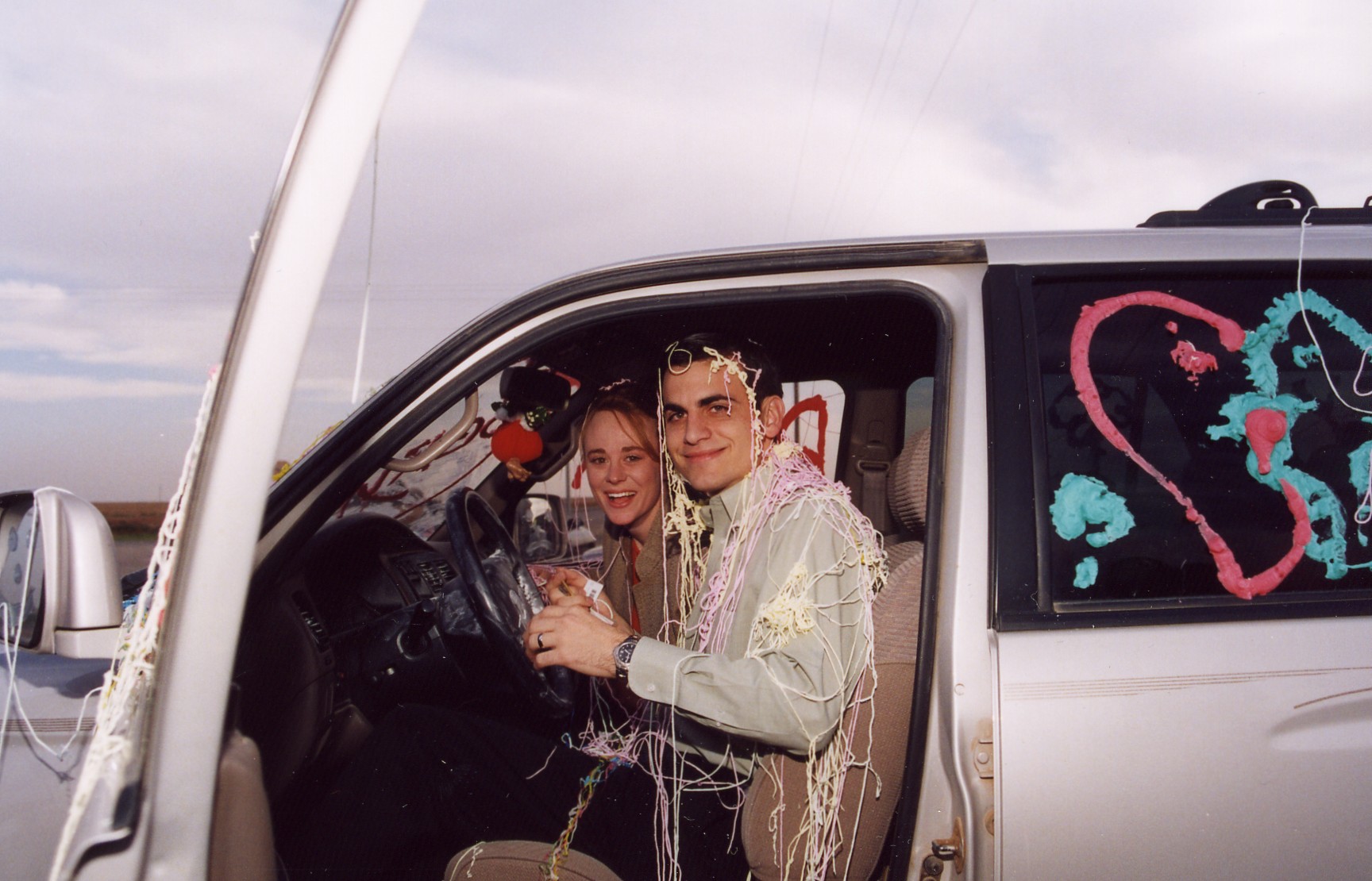 My husband and I dated in high school, then got married after seven and a half years of dating.  When we were dating, he’d often tell me that he loved me, and I’d say, “I know,” with a confused look.  It wasn’t that I didn’t love him (whatever that meant at that age), I just didn’t know why he had to tell me.

I was happy dating him, and any chance I got to be around him, I took it.  He added quality to my life by bringing adventure and fun.  I’ve often said that he was my elixir as I dealt with severe anxiety and depression at the time, but when I was with him, my worries momentarily faded away.

He’s the only one I’ve trusted enough to enjoy without an itinerary.  I also knew that he was kind and that he put others needs above what he wanted, not just mine.  I wanted that for my future family, so I didn’t doubt my commitment to the relationship even though we were so young and admittedly dumb.

As I have matured, there have been many more instances when my narcissism and self-absorbing behavior have caused confusion at the least and probably contempt at the most.  I immaturely thought that actions were enough.  I didn’t admit wrong, partly because that’s just not fun, I don’t care who you are, but because it was also obvious.  If it was pointed out, why would I also say, “I am wrong.”  I know, it seems so insensitive and selfish when I say it out loud, because . . . well . . .  it was . . . and still is.

I had carried into the relationship such a fear of failure and mistakes, that I never cemented any thoughts, dreams, or aspirations by speaking them out loud.  For I was afraid that if I said them, I was committed to them, and I might be unable to fulfill them.  This would be a disappointment for both of us.

Of course, after twenty years of marriage this year, I’ve said, “I love you,” more times than I can count, but I am still reluctant to verbally commit vulnerability out loud.  For it feels so open for someone to take advantage of.  It feels terrifying that I may not get a reciprocal statement or action.

I assume that plowing ahead and doing the right thing as defined by myself alone makes up for my lack of words.  I mean who would stick around for this long if they were not committed and deeply in love, right?  That’s not enough.  Words don’t cement your final thoughts in life, but they are often a profession of your current state in life.

Yes, big concepts rarely change, but we are constantly changing and adding to our understanding of ourselves, others, and the world. Without these conversations, we become islands living among each other without any relationship.  We slowly drift apart, because we assume we know where each other are at.

As my boys are growing up, I am realizing that words are reflective of our actions, help us conceptualize our experiences (good and bad), and formulate new, more mature behavior.  Christ constantly discussed and even argued with His disciples, because He was gauging where they were at and giving them new milestones for improvement.

He never told them that He was abandoning them for their various thoughts or behaviors, but He did give them an alternative and more mature perspective, even with His last interaction with Judas.  Without these conversations, there would have been no personal growth or increased relationship with Christ either.

So, from the bottom of my heart, “I’m sorry.  I’m sorry for being so selfish.  I am sorry for only viewing the world from my hurt and insecurities, and I’m sorry for speaking flippantly about things that are so meaningful and necessary for life.  I love you, and I have nowhere else to go.  I’m not even looking.”