HomeAround the Supper Table #110 – Growing Up with Brothers
Our Blog 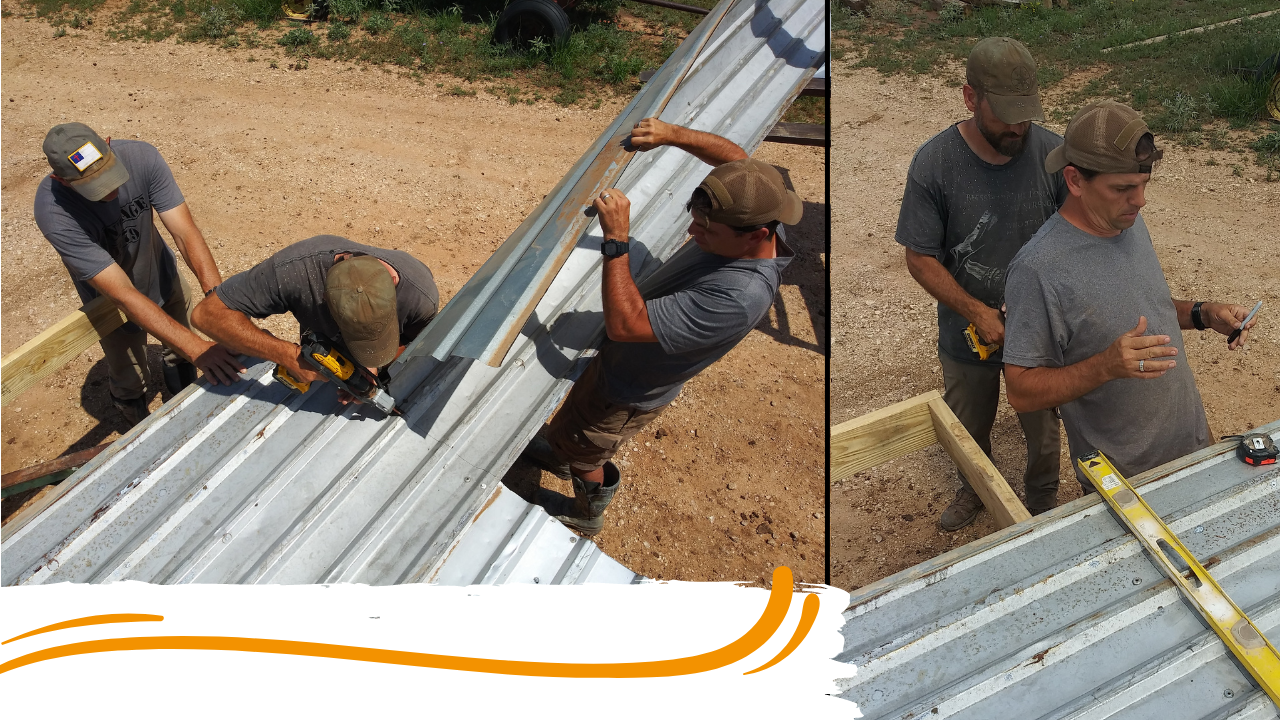 A few years back, my brothers and I were helping Pa roof his house one summer. When we work together, we usually have at least one, if not ten conversations going. Well, I think this was the first time there was some silence, at least for a little while.

We must have been giving each other heck as we normally did, which usually meant two against one. I’m suspecting that Jeremiah and I were heckling Chris since he hadn’t been married very long.  Single brothers always give married brothers the best advice! I think it is a brother’s obligation to point out the things that brings out their most internal conflicts and then laugh about it.  You know…“Oh you have to ask the wife if you can come hang out?” Or “Don’t worry dude, she’ll get over it!”…that kind of stuff. It’s all fun to give brothers grief until you’re the last one to get married. Then you reap what you sow, and you’re on the receiving end trying to explain to your wife it didn’t really happen the way your brothers are claiming it did.

Anyway, we were swinging our hammers away and carrying on like always, and then Pa interrupted the conversation. Now, if you have ever been around Pa, you know pretty quick when he is joking and when he is getting down to business. And this was one of those times we all knew which one it was. He told us that we needed to start taking care of each other, building each other up instead of tearing each other down. To my best memory, it was a truth spoken in a very non-emotional way. There was no anger, manipulation, or direction toward one of us more than the others. In fact, it was a message we all heard loud and clear: time to grow up. It’s time to mature and take responsibility for your actions and not cloak everything as a joke. Time to get serious. Time to learn that your actions and attitudes affect others.

I don’t know why I have been thinking of this story a lot lately. Maybe the hot summer is reminding me of the hard work on that roof, but we have done lots harder jobs than roofing. Maybe it was thinking about the long list of stories we could talk about growing up Riggins. Whether we are camping, fishing, hunting, working, inventing, growing families, raising kids, playing, or anything else, there are always funny stories. Stories are good and remind me of lots of good times, but it’s more than just stories…it’s the message! Is that message still meaningful some twenty years later?

I believe God is speaking to all who will hear Him. In the book of Revelation, there is a phrase that keeps coming to mind as well. Revelation 3:22 KJVS, “He that hath an ear, let him hear what the Spirit saith unto the churches.”  Christ is speaking to the seven churches and is evaluating them. He is telling them what they are doing good and what they are doing that is bad. It doesn’t take a lot to see those same attitudes in churches today. Before I go further, I need to correct my terms from bad to evil. The Bible is the foundation, and everything we allow in our lives that contradicts the Bible is evil, making us and our viewpoints evil as well. Bad is Satan’s way to deceive us into thinking that even though our ideas, thoughts, and actions are neither Godly nor biblical, there is no need to repent or change. Sin is evil! I engage in evil when I sin!

We can all look around and see things are getting harder, whether it’s financial, political, social, or even natural weather events. But what do we see when we look at the spiritual? Do we even look for the spiritual, or do we pass those things off and make them political and social issues or even natural phenomena? I can honestly say that I do not know what the future holds.  And I sure don’t know what God has planned for your future and your life.  But what I am feeling from Him lately is this same message, but not from my dad to my brothers and I, but from our Heavenly Father to my Christian brothers and sisters and me.  It’s time we get serious. It’s time we grow a bit more.

It’s time we start thinking about others rather than our own little three-foot bubble around us.  What makes you and I so different than the thousands who have died in faith throughout history? It’s a question worth pondering. We are blessed to live in a country where we have religious freedom. We as Christians aren’t being persecuted in droves in the US.  And to those that are being persecuted, we should be praying that first, God’s will be done in their lives and circumstances, and secondly that they gain strength, guidance, and wisdom from Him to endure, just as we should do for anyone else in any other country.  But I am also afraid that the tide is turning here in the States. It is important that we not get trapped into a right versus left response, but a biblical response.  That may be a very uncomfortable place to stand, but it’s the right place to stand. We either stand with God, or we stand against God.  There is no middle ground.  And there is no reason to fear. If we stand with Him, He will stand with us.

“Wherefore take unto you the whole armour of God, that ye may be able to withstand in the evil day, and having done all, to stand.”

“Behold, I stand at the door, and knock: if any man hear my voice, and open the door, I will come in to him, and will sup with him, and he with me.  To him that overcometh will I grant to sit with me in my throne, even as I also overcame, and am set down with my Father in his throne.  He that hath an ear, let him hear what the Spirit saith unto the churches.”

My brothers and I still cut up and give each other grief every chance we get.  I can honestly say that God has blessed us with wonderful wives who have for the most part learned to accept it, and even at times laugh about it.  My hope is that we have learned what Dad was trying to teach us that day on the roof.