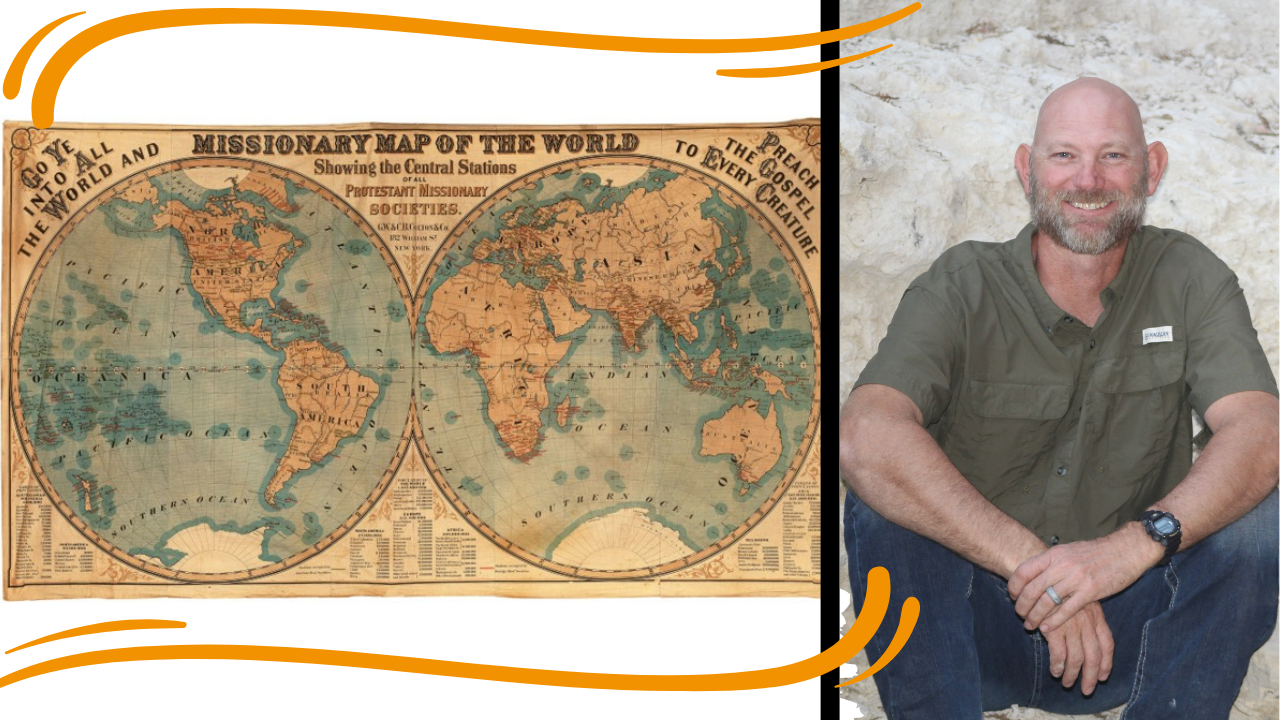 Recently, while finishing up dinner around the supper table, Pa asked us what our role was in the Kingdom?  And then it progressed to who are we most like in the Bible?  These were difficult questions for me to answer.  It provoked a lot of thought in me and added to what I feel like God has been speaking to me lately.  I started thinking about my relationship with Christ, why I made the choice to serve Him, where I have grown, where I have fallen short, and now, what is He calling me to do. As I thought on these things, I can see how God is still working with me and encouraging me, even during my failures.

In pondering the question, I kept going back to my salvation experience. Specifically, the reason I told myself I resisted God for some time at first.  That reason was that I didn’t want to become a missionary.  That was an excuse covering my real motive for resisting. I didn’t want to give up control.  Of course, we know to give up something you must possess it, not just the illusion of it. But when we stop and think about it, what is so bad about being a missionary?  What is bad about proclaiming the good news?  What is bad about helping people find their way to Jesus?  What is bad about seeing people’s lives changed because they now have hope instead of despair?

I think the common perception about missionaries and their work is flawed.  I feel like many of us, would rather not be a missionary.  We would rather throw some extra money in the offering plate, offer them words of encouragement, and if we really appreciate them, we may say a prayer.  But in my opinion, missionaries all around the world are already engaged in a war that many of us fail to see.   Christians are being persecuted, imprisoned, and killed across many countries in the world.  In many cases, being a new convert is very difficult.  Many are driven out of their homes, communities, and even family.  These converts talk about the joy that comes with salvation through Jesus.  But there is also fear because there are so many unknowns, and now they are seen as targets.  And the missionaries are on the frontlines dealing with this every day.

When the early church formed after the death and resurrection of Christ, they took Christ’s words to His disciples literal, “And he said unto them, Go ye into all the world, and preach the gospel to every creature.  He that believeth and is baptized shall be saved; but he that believeth not shall be damned.”

The Roman Empire contributed to the spread of Christianity.  The people of the early church traveled, preached, and converted large numbers of people.  But the church also endured a great deal of persecution.  Remember that Paul and Silas were imprisoned.  Stephen was stoned to death.  Peter was jailed more than once.  Many of them were beaten for their testimony.   The Book of Acts is full of stories about their works in sharing the gospel.  Despite the persecution, they were resolved.  They were resolved in their faith in the Lord. They were resolved in their calling enough to focus on Jesus and accept the suffering.  In fact, they would praise God to be counted worthy to suffer for Him.

“And to Him they agreed: and when they had called the apostles, and beaten them, they commanded that they should not speak in the name of Jesus, and let them go.  And they departed from the presence of the council, rejoicing that they were counted worthy to suffer shame for his name. And daily in the temple, and in every house, they ceased not to teach and preach Jesus Christ.”

I see hard times coming soon.  I don’t know how soon, but soon.  I think the persecution of Christians will only get worse.  I don’t read where Christ said to go preach the gospel and share the good news when it is safe to do so. When it is convenient to do so.  The good news is just as relevant today as it was in the time of the Book of Acts.  I pray we all have the strength to proclaim Jesus and encourage fellow believers. No matter if we are at our highest high, or our lowest low. God is good ALL the time.  Now, let’s go be missionaries!