HomeAround the Supper Table #65 – Listen, He Will Tell You
Our Blog 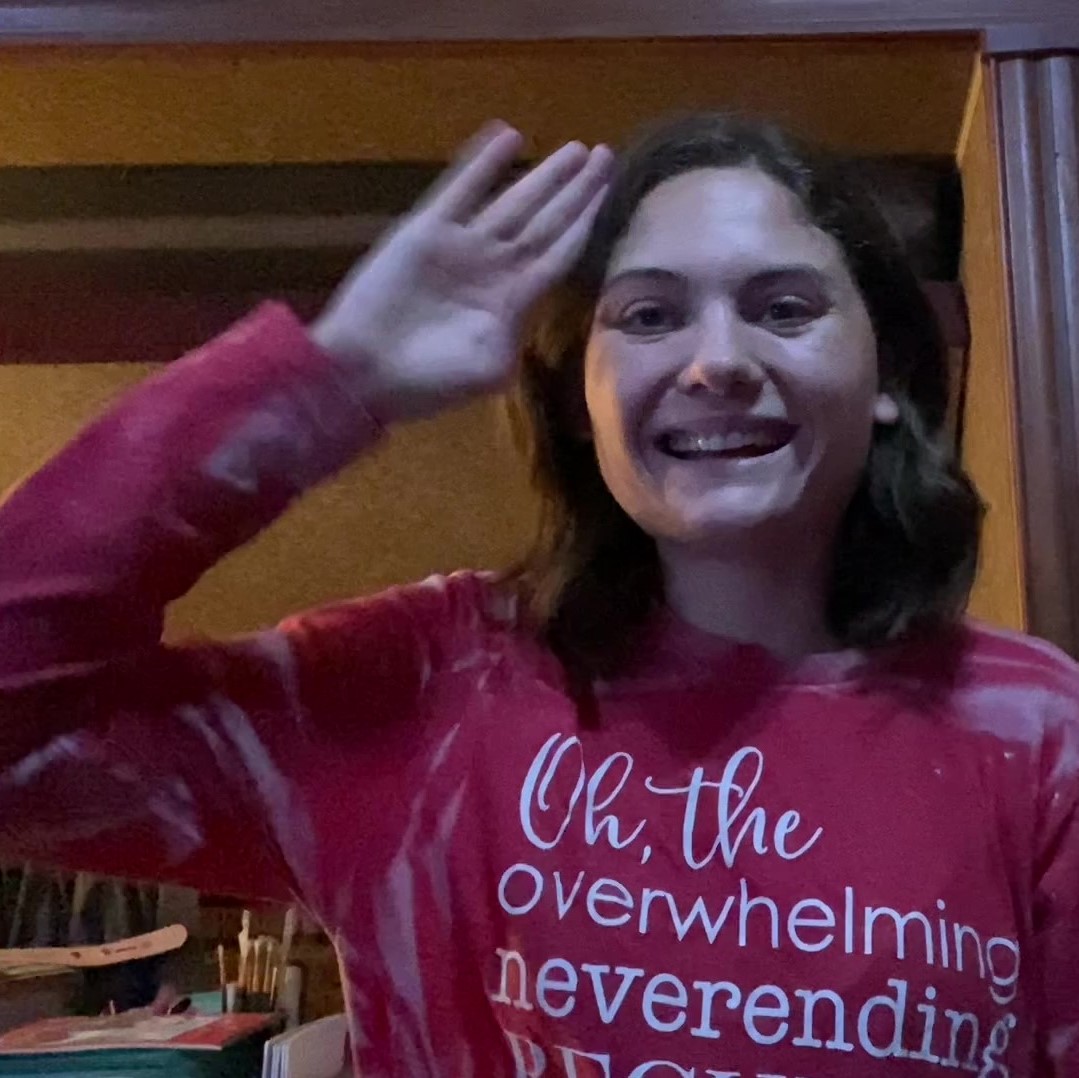 This week’s blog is a transcript of Michaela’s podcast: Strength from Grace.

Hello, and welcome to Strength from Grace, a podcast for the young warrior.  I’m Michaela Riggins and as always, I’m excited to get to know every one of you. I’d like to say thank you again to Sanctuary Family Farms, and for this week’s spotlight, I’d like to give a special thank you to Debbie Walterhouse.

Have you ever had that feeling where you weren’t exactly certain if you were doing what God wanted you to do? Whether it was something as simple as, “Was I supposed to help that homeless man on the corner of the street?” or something as drastic as, “God what is my purpose?” There have been times where I stopped and wondered, “God where are you leading me?”

In Jeremiah 29:11 it says, “For I know the plans I have for you,” declares the Lord, “plans to prosper you and not to harm you, plans to give you hope and a future.”

God is a shepherd; he cares for us, loves us, and protects us.  But if God is the shepherd . . . that means that we are the sheep.  Now I don’t know about you, but I have some experience with sheep.  Let me tell you, sheep come into this world looking for a place to die. I once had a sheep that was so determined to add a little . . . spark to life that he decided to eat an extension cord, and I don’t mean that he just bit threw it.  I mean the sucker ate the cord.

So how fitting is it that God calls us His sheep?  Because trust me, whenever we decide to do things on our own, that’s us trying to add a little “spark” to life. Now that spark can look any number of ways. It can be the career you chose, the people you surround yourself with, or the amount of risk you’re willing to take. But what it boils down to is the decisions you make.

About four years ago, what I thought was my path in life looked completely different from what it does today. I was a freshman in high school, and when I grew up, I was going to be a doctor. There were no ifs, ands, or buts.  I was determined to go to med school and graduate top of my class.

I know you’re sitting there thinking, “What’s so bad about becoming a doctor?  I mean it pays well, and you get to help people.  So, what’s the catch?”  That was just it.  I thought the same thing.  It was good money, I got to help people, and so there could be absolutely no problems. Why on earth would I need to ask God if this was where He was leading me. Come on!  It was right there in front of me, so why go looking for something else?

Just because it’s easy, doesn’t mean it’s the right answer! Where in Jeremiah 29:11 did it say that God has plans to make it easy for us?  I was dead wrong to assume that just because this was right in front me, and it felt right, that it was my destiny.  It wasn’t.

Flashforward to the beginning of the summer after my freshman year.  My family finds a law camp that was being hosted close to us.  I wasn’t sold.  Why the heck would I go to law camp if I were going to be a doctor? But there was a catch; I had just spent an entire week working on a mock trial in my English class over Edgar Allan Poe’s “Tell-Tale Heart.”  I had had a blast . . . even though some people cheated.

So, I convinced myself, “Well, I’ll just go to camp to have fun.  I’m totally going to be a doctor.”  Long story short, that law camp made an incredible impact on my life.  I loved every minute of it: the mock trial, meeting the CSI unit, to even the two-hour lecture we sat through.  I couldn’t help but cry when that last day came.  I didn’t want it to be over, so I began to pursue a career in law.

I wasn’t going to be a doctor anymore.  (What a plot twist.  None of us saw that coming.)  I was going to be a lawyer, and again I was completely sold. I changed my career endorsement my junior year, and I was set.  At least that’s what I thought . . . until the summer before my senior year.

I had made a mistake and hadn’t even stopped to realize it. I hadn’t asked God what he wanted me to do.  That summer, seeing the political division that was brought with COVID-19 left an awful taste in my mouth.  I saw the way that people who were in these high positions of law would spin the truth and sometimes even completely lie.  I didn’t want to do that, but at the same time I so desperately wanted to work my way up into those exact positions.  Looking back today, my desire to go into law and eventually become a politician was my way of playing into my ego and trying to make my future as easy as possible.

Sure, law school was going to tough, and it was going to take time.  But I had every little thing figured out.  I would major in philosophy, graduate, go on to law school at Texas Tech, become the local DA and later judge, then continue working my way up the food chain until I became a supreme court justice. From that point on, it wouldn’t matter who I married, because I would be set when it came to finances.  Life would be a breeze.

Again, God pumped the breaks on every little thing that I had figured out. I was now starting my senior year of high school with absolutely no idea what I was going to do with my life. In the months leading up to that first day of school, I fell into this depression thinking what the point was even of going to college. COVID-19 had completely paused everything in my life.  I was going to lose an entire year’s worth of school activities to put on scholarships and college applications, and on top of that, where was I even going to apply when I didn’t know what I wanted to be when I grew up? The university of I have no idea, in who knows where?

I was so frustrated.  There was so much going on already, and now I had no idea what my future was going to look like once I got out of high school. I didn’t know what to do, and college applications were coming up.  So, I prayed and asked God to give me an open heart and mind, and to guide me in what career He wanted me to go into.  Instantly, counseling was laid on my heart.

I had given it some thought before I had really been sold on being a doctor or lawyer, but I had grown up in a family of counselors.  So it almost felt like it was too easy.  But that was where God was leading me, and who am I to question it?

This is something that I’m still really having to work on. Whenever God leads you down a certain path, He’s doing it because He knows it’s good for you just like it says in Psalm 23:2, “He maketh me to lie down in green pastures: He leadeth me beside the still waters.” I like to think of the still waters as peace.  Sometimes life can feel like you’re in this raft, and there’s a hole in the bottom of it, and its leaking, and you’re going down these rapids, and there’s a snake in the raft with you. But when we walk down the path that God leads us on, those rapids don’t seem so big.

Now I know you’re still wondering, “Hey what was that with the ASL?” I am so glad you asked. Back in June, when I was signing up for college classes, I had to choose a foreign language.  Let me tell you, I struggle enough in English, so a new language is just bound to be a train wreck.  Up until signing up for classes, I had never even thought about needing a foreign language, so I was flying blind here.

But before I had sat down to meet with my advisor, I prayed and asked God to lead me in the classes that I picked.  My advisor showed me a list of all the languages that they offered, and ASL (American Sign Language) instantly caught my eye.  All of the classes were full, so I was going to have to wait until the next year to take the class.  I still had some time to change my mind if God led me somewhere else.  In the meantime, I had a few months left of summer, so I decided to start teaching myself for fun.

You cannot believe my excitement when I was told that we had a customer named Debbie at Sanctuary Family Farms who was deaf. I dug deep and really started teaching myself different phrases, so that I would be able to communicate with her . . . at least a little bit. The next week, after I had been really working on my signing, I finally got to introduce myself to Debbie.  And let me tell you, I was so excited that I could have peed myself right then and there. God had taken this seemingly insignificant decision to sign up for the ASL classes and used it as a way for me to bless someone else.

Guys, God will tell you when you’re on the right or wrong path.  You’ve just gotta’ ask. I know that it can be scary, especially when you think you have everything figured out.  Now you’ll be starting from scratch, but imagine how Noah felt building that very first ark.  We owe it to God to devote our lives to his path and purpose.  Without this devotion we will grow to be bitter people who do nothing but work and work and work, but with God, we will never work a day in our lives.

Did it take time to learn ASL? Yes.  Did it take effort, trial, and error? Of course! But the fulfillment of following Him outweighed every struggle.  I’d like to say thank you again to Sanctuary Family Farms, and I hope you join me again on our next episode, thank you and God bless.

You can also visit our YouTube channel to see the video. Have a great week in Him!