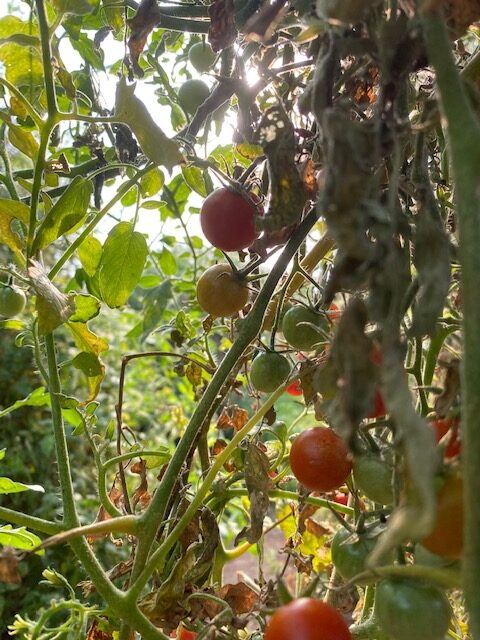 Hello everyone.  I hope you are either enjoying the blessings of being a disciple of Jesus, or totally miserable following after Satan and this world.  Well, it’s fall, and our garden is coming to an end.  Nature declares seasons and cycles in Ecclesiastes 3:1-2, “To every thing there is a season, and a time to every purpose under the heaven: A time to be born, and a time to die; a time to plant, and a time to pluck up that which is planted.”  Spiritually, I believe it is a time for harvest.  There has been a lot of ripening or maturing in the Lord’s disciples and a lot of rotting of that which did not mature.

I am not amazed nor happy with the spiritual-carnal wrestling mentality of many people who say they follow Jesus.  Here is what I mean.  On television, the good guy gets the snot beat out of him, and he looks like he is finished.  Then out of nowhere, suddenly and amazingly he is revived and wins over the mean, evil guy.  I firmly believe that preachers are selling snake oil when they preach to live, gather, build new barns, buy more . . . more . . . MORE; prosperity is forever.  Ignore the signs of the times.  Disregard the warnings of scripture or even of secular men.  You do not have to worry.  You’re going to escape the “evil man” and fly home, because God said you would not endure the suffering of evil men.  Wrong!  You’ve been lied to.

God said you would not suffer His wrath, but not man’s wrath.  “Well, I will just die and go to heaven,” you say.  If you choose your own death, that is a form of suicide which is totally selfish and narcissistic.  Where is your purpose?  Oh, you have no purpose except self-fulfillment?  If you could show faithfulness, or true works, that Jesus has asked you to do, I would know that you are a disciple; faith without works is dead, remember.

Oh, you will just suffer and die, then go to heaven?  Get real.  You do not suffer now for the name of Jesus, much less starve to death.  You say, “Well, God will make a provision for me.”  Yes, if you accept it.  But first, you must die to your ambition and accept His purpose.  Remember the ten virgins – 5 wise and 5 foolish?  They were all virgins (Christians).  What separated them?  What caused 5 to enter into the bridal party and 5 to be rejected?  Ask yourself what makes you one or the other.  Just because all 10 did almost the same thing, said almost the same thing, and apparently (on the outside) wanted the same things, there was a difference.   There was a difference, and it carried huge consequences.

Well, the tomatoes are producing less and less.  I am not sad.  It was a great crop, wonderful garden, and a good harvest.  We have prepared for the winter.  I sincerely and hopefully pray you’re preparing for the winter of chaos that is coming.

Just a thought: if Jesus was asking for other options than the cross when He prayed in the Garden of Gethsemane, He understood that God offered only the cross to fulfill the covenant God had made with Abraham.  Jesus, despite His flesh desires, was obedient to that calling just as we need to be obedient to our calling and purpose.