HomeAround the Supper Table #99 – Maturing as a Mother
Our Blog 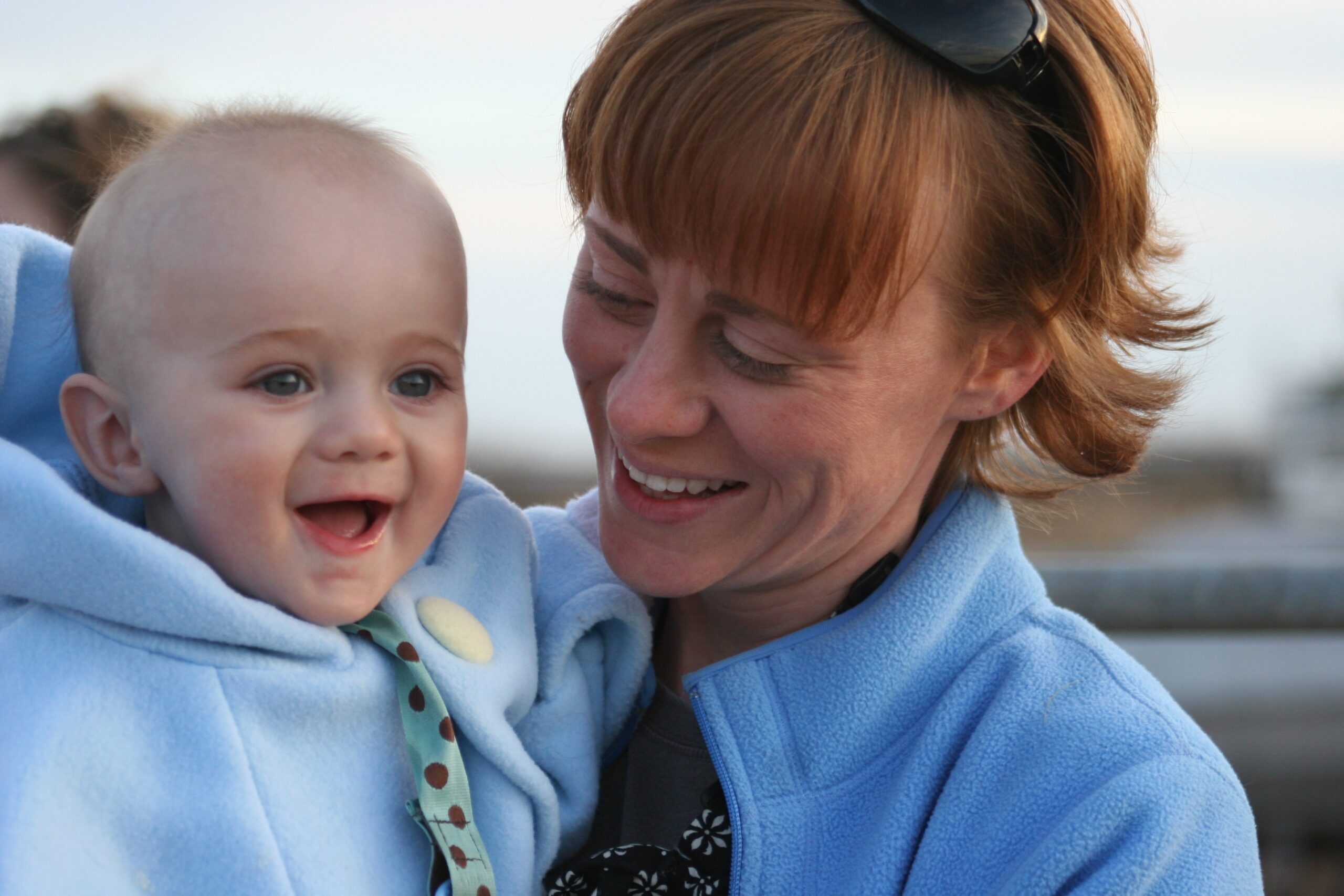 Every since I could remember, I wanted to be a mother.  When other kids dreamed of lofty careers or a dreamy place to live, I didn’t care.  I couldn’t for the life of me pick a career, partly because I am fascinated by anything put in front of me, but also because I knew that my career did not matter if I didn’t have a happy home.  I tossed many options out the door, because I knew I didn’t want to miss my future children’s formative years.

After several years of working, I had my first child, and I was enamored.  We went everywhere together, and I did everything with him in my arms or on my back.  The only break I took was when the grandparents begged me for some time with their sweet grandbaby.  I latched onto this optimistic little go-getter from the first time I saw him as he had given me purpose in life that I had been missing.  I had found a reason to fight my depression, to set boundaries with my job responsibilities, and to just look forward in life with excitement.

I was happy and excited about life for the first time in a long time, but later, rather than sooner, I realized that my pendulum had swung to the other side.  And a wise man (Pa) once told me that the opposite side of the coin is still the same coin.  Anyone that has known me for more than two seconds knows that I have two gears: go and faster.  I may be the quiet one in the room, but I am always moving and thinking of the next move.  If I allow myself to rest, I just crash.  This served me well, until well . . . I matured.

You see, the fast-paced, goal-driven, overachiever had served its purpose in the flesh, but it was not true happiness, and it didn’t serve me well as a mother.  I had taken all the drive I’d had for myself, and I was passing it on to this sweet, happy, innocent baby.  I was taking care of him with all that I had by pushing my neurosis onto him.  Unfortunately, due to his temperament being more similar to his dad’s than mine, there was no hiccup.  He did what was asked with delight to please.

I had to realize that as happy as both of us seemed, I was doing neither of us any favors.  I was keeping him happy by anticipating every problem he would have and preparing him to overcome long before it was necessary.  If possible, I would even change the road in front of him.  He was so eager to please that it seemed to be the right thing to do, but as he has aged, I’ve had to realize that being a loving parent doesn’t mean that I need to remove all pain and failure from in front of him.  I can still be a loving parent by letting him fail.

When his life began, he needed me in order to just survive.  That need for me has decreased, but I still have a role in his life.  It doesn’t mean that I love him less.  It simply means that I trust the person that God created and the plan that He has for both of us.  It can be agonizing to watch him struggle at times and not input my two cents, but he’s grown to be more confident in himself as a result.  The funny thing is that I knew from my own experiences that mistakes make us more confident.  We learn what we are capable of and what we cannot do, or maybe what we’re not good at.  We also learn that it was just a mistake.  It does not crush us; we just learn, adjust, and continue growing. Or as Pa says, “Mistakes are not final nor fatal.”

As a result of me backing away and giving him the reins, he’s also learning how to trust God instead of me.  You see, as this young man begins to start on his own journey of Christianity, he doesn’t need mom to tell him what to do and what not to do.  For, like him, I am flawed and full of sin.  I can guide him by the example I set in front of him.  When he has questions, he comes to me, and I tell him what I did at his age, and I try to find scripture to back my opinion.  The reality is that my time with him under my roof is quickly ending, and if he hasn’t built the maturity to have a personal relationship with Christ at that point, no amount of shoulda,’ coulda,’ woulda’ from his mom is going to change his behavior or heart.

In Proverbs chapter 10 verse 2, “The proverbs of Solomon. A wise son maketh a glad father: but a foolish son is the heaviness of his mother.  Treasures of wickedness profit nothing: but righteousness delivereth from death,” and in Proverbs chapter 29 verses 15 through 17 it says, “The rod and reproof give wisdom: but a child left to himself bringeth his mother to shame.  When the wicked are multiplied, transgression increaseth: but the righteous shall see their fall.  Correct thy son, and he shall give thee rest; yea, he shall give delight unto thy soul.”

It’s not been easy to “sit on my hands” at times, but God has more than made up for it by showing me that He’s always there orchestrating life much more deeply than I could have ever done and preparing him to be a confident man of God after His own heart.