HomeAround the Supper Table #25 – Introduction of Joseph
Our Blog 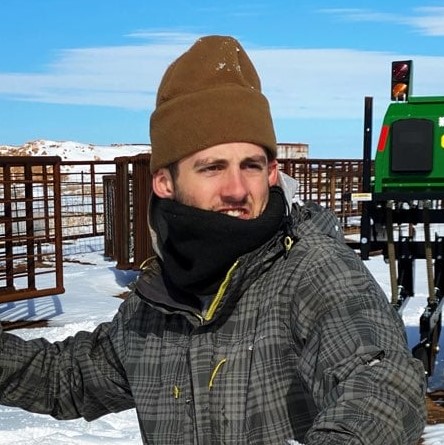 Hello everyone. To those who don’t know me, I’m Joseph. To those who truly know me, I’m Jojo, Josephy, Frank when I’m in trouble, but most frequently (and my favorite), I’m Chaka. If you don’t get the reference, then I would refer you to the blockbuster classic “Land of the Lost”. Ironically, the Chaka character is a monkey-looking buffoon whose only alleged crime is peeing in the community well. And thus, the name has stuck for quite a while. I will leave you to interpret whatever that means, as I’m still trying to decipher it. Let me know if you crack the code.

Lately, I have been trying to expand my knowledge of my Abba. I started listening to the sermons of Des Evans, who was a pastor at Bethesda Community Church in Fort Worth, Texas. After listening to a couple, I was struck by his diction, his passion, and obvious relationship with God. His sincere prayers were evidence of His familiarity with his Father, but even more so of his understanding. Even now as I write, I struggle to put into words the affinity of Des’ faith. At that moment, I realized how little I truly knew my Abba. Despite my Father knowing me from the inside out, I struggle to differentiate His voice from my own. Moreover, I often find myself expressing my gratefulness for God’s blessings and miracles with the expression of “God is good”, only to find myself convicted of spouting out some religious utterance that speaks more of my desire and expectation instead of an honest gratefulness for God’s incredible design, power, and mercy.

I mentioned this phenomenon at one of my family’s nightly discussions. Pa, with his wealth of wisdom, answered me with a quote that has troubled me since he spoke it. To have the type of relationship that Des had with God, I would have to live in a pit. The pit that Pa was referring to was in Papa New Guinea, in which Des had been thrown into by a witch doctor of a village where Des had been a missionary. Des had no food, no water, and only the Lord to get him through it. After multiple days, he was pulled out of the pit and the villagers were stunned, realizing that Des’ God was clearly the one true God and were converted.

I was lost for words, broken in my heart. Could I never have the level of intimacy with the Lord that Des had? Could I not know God’s voice had I not heard it in the pit? Could I not know of God’s fulfillment and strength without nearly starving to death? Could I not trust God the way Des did without being at the brink of destruction and seeing God pull you from death’s door? I desire so much to even have a fraction of the faith that Des had. To put in perspective, here was a man who spoke of the Lord with such reverence and understanding, a man who thanked God with an authenticity of a true believer, and I wrestle with even acknowledging the most obvious miracles that occur in my life as being a result of the Lord’s hands and not my own or even luck.

Certainly, I have come to accept that there is a level of comprehension of God’s intricacies that I will never grasp here on Earth. Truly, I don’t know if I will even come close to understanding the “manner of love the Father hath bestowed upon us” or even the idea that we are “sons of God” (1st John 3:1). Indeed, I’ve been blown away in awe over the last nine months with how much God has shown me and my family of His blessings and power. Even in regards to His word and the Hebrew language, Des once said that “there’s coming a time when the teacher of righteousness will come. He will not only describe and define the black mark on the page, but He will even define the little hieroglyphics on top of the letters. Even more than that, He will go beyond the black marks, and He will explain to us the meaning of the spaces between the letters.” When I ponder it now, I wonder if my mind could even begin to grasp the equivalent of a grain of sand on a beach of God’s knowledge and creation.

Yet my hope and peace is rested on this: “This is the day the Lord hath made, and I shall rejoice and be glad in it”. I may never have my faith tested like Des in Papa New Guinea, but I’m resolved that with the struggle that comes today, that I have the choice to rejoice. Whatever unknown that comes, I have the opportunity to trust in God. Whatever anxiety, anger, or depression that comes upon me, I have the chance to let God bring His perfect peace. The verse is not just a statement, it’s a responsibility. All believers have suffering, moments where your faith is challenged and where you have to choose between your desires and the Lord’s. Yet these sacrifices build up, much like in 1st Peter 1 where it says “that the trial of your faith, being much more precious than of gold that perisheth, though it be tried with fire, might be found unto praise and honour and glory at the appearing of Jesus Christ”. God created the day, both with the miracles and the trials, but my realization is that oftentimes they are one in the same. Job’s trials were not without the Lord being there, both in encouragement and chastisement.

I had been so focused on the end result that my myopia constrained me from seeing that the real blessing is that today I can better know my Abba. I can talk to Him like I do my family. I can thank Him aloud. I can let my guard down to my all-knowing Father, since I have nothing I can possibly hide from Him. Des’ relationship with God didn’t start in the pit, but rather long before it.

To those of you reading, I want to encourage you today to go beyond the religious phrases, the daily traditions and the empty good works that our society and church is often plagued with. Choose to treat God as a real person, as your Abba, as your savior. Des, much like many of the heroes of the Bible, chose to trust in God in the darkest times, but even more so in the easier ones. For if you cannot trust in God during the easy times, how can you in the hard? Yet, “today is the day the Lord hath made” . . . and I praise and thank Him for the simple yet profound truth.