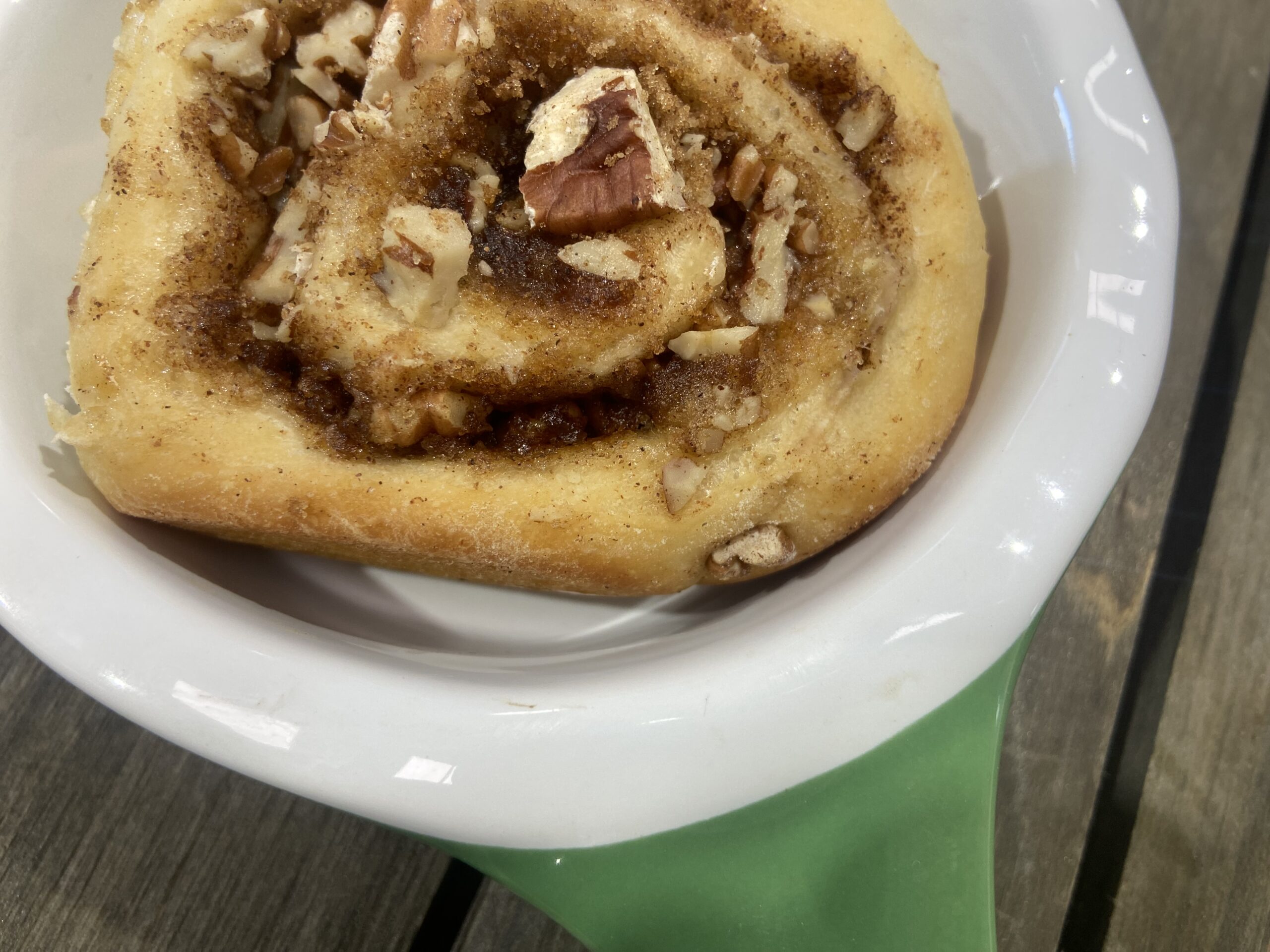 A couple of months ago, Aunt Alisa shared her go-to sweet dinner rolls, and we mentioned that she also uses the recipe to make cinnamon rolls. Due to popular demand, she has meticulously, with her youngest daughter’s help, made a step-by-step guide with pictures so that you and your family can enjoy this delicious treat. Today’s cinnamon roll recipe picks up after the first rising on her sweet dinner rolls.  Check out her cream cheese icing recipe that makes these cinnamon rolls even better.

(In addition to the ingredients needed for the rolls.)