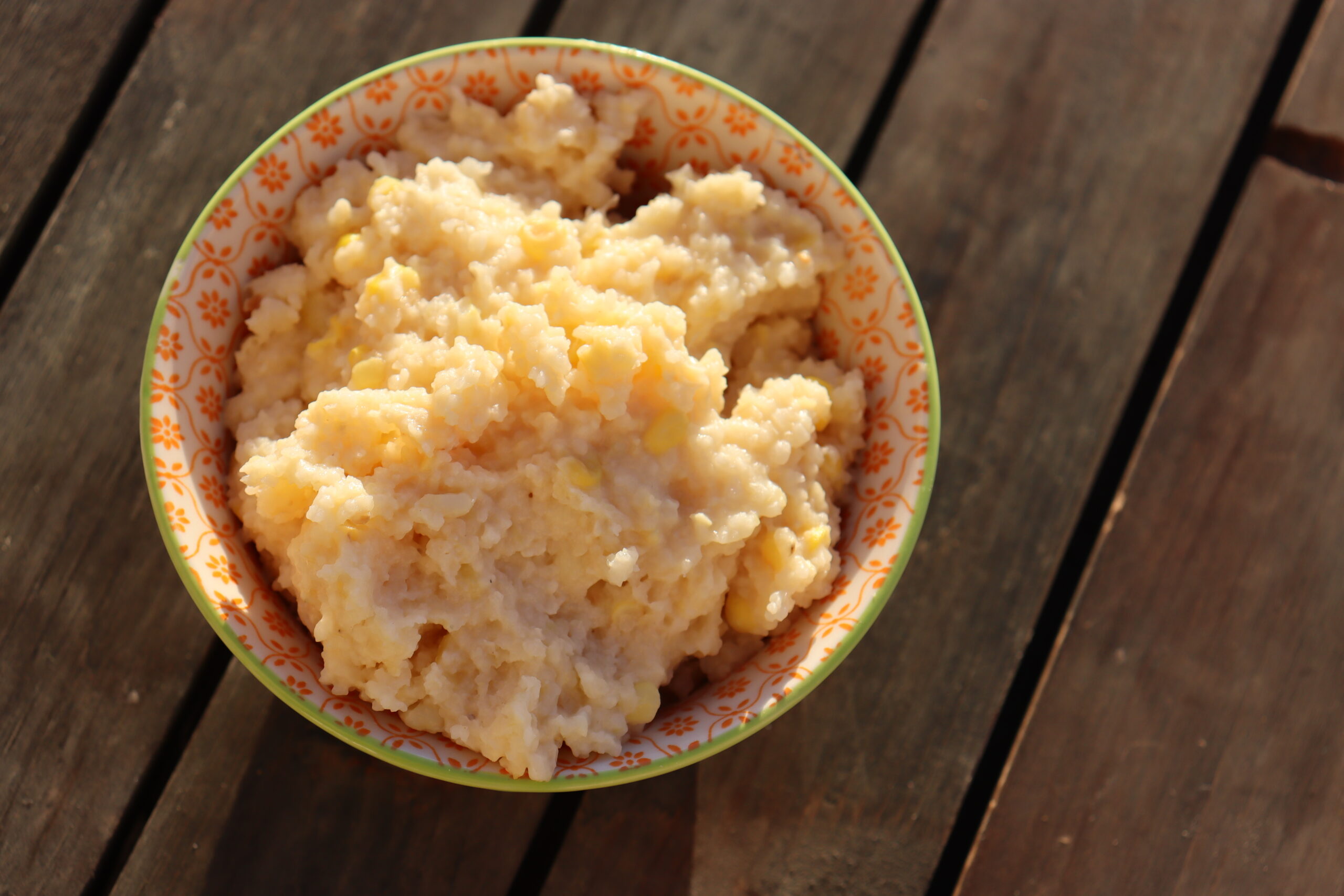 Are grits only supposed to be eaten at breakfast? If not, when?  We love them at any meal.  Sometimes it is a simple side, and sometimes it is part of a scrumptious main dish.  Brown sugar can be added with other toppings for breakfast, and savory recipes are usually served at other times of the day.  Nana enjoys this recipe of grits with her spinach cream sauce ladled over the top, and don’t forget to add bacon if you want an even more delectable dish.